I would like to present this diary to 貴蕙，the girl who's being cleaning helper after me in Colorful Taiwan Hostel.

Glad to had half of the day having fun around Taipei with Michael and Marian the two new friends.These two boys rode a scooter crazy to Yangmin Mountain beacause it rained a lot yesterday.They got wet,especially their foot.

When Michael returned the scooter to his classmate in Yonghe Dist,Marian and I went to a Tea House.Marian had a Drak Oolong Tea and I had a Black Tea.We got 2pieces pineapple pastry for free there.

We three together went to Din Tai Fung the famous Taiwan restaurant.So many people lined up that we waited about 1 hr.Michael and I were very very excited about this!This was the first time we were in Din Tai Fung!!!!!!!!!!!!!!~

We ordered the famous cuisines: XiaoLongBao、Spicy Shrimp and Pork Wonton、Shrimp Fried Rice with Egg、Hot-and-Sour Soup、Vegetable and Ground Pork Buns.We shared these together.And Michael and I couldn't stop photoing the food ,that made Marian said we two were more like "Tourists" than him!Ha ha!

Because I think my next time to Din Tai Fung would have to wait until another global friend comes!!!T_T

We didn't have enough time to Chiang Kai-shek Memorial Hall,so we just went to Pinghsi by local train.Now it's very convenient that you can use a easy card to take the tarin.

It rained all day yesterday.And it was a little late and dark when we arrived Pinghsi,so 80% stores on the old street were closed.We still fly the lantern near Shihfen station.

It had been 10 PM When we from Pinghsi back to Taipei Main Station.We were so hungry even we just had Taiwanese Fried Chicken .We went to Ximen by MRT and had Braised BeefNoodle Soup for dinner.We separated in the street near Marian's Hostel,and Marian couldn't even remembered my name after half of the day lol

Today Marian ended his first trip stop in Taiwan and got his flight to Philippines on X'mas Eve.Hope Marian will enjoy his 4 months trip in Asia,and may Michael's all wishes come true.

Nice to meet you both. Merry X'mas and Happy New Year :) 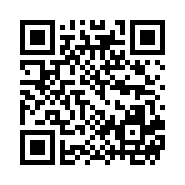